“Surrender is not the best way to live; it’s the only way to live” Rick Warren

It’s hard to believe a year has gone by since we loaded up 4 suitcases and boarded a plane bound for LAX, having no idea what to expect.

The only thing we knew was we were obeying God and He had a plan for us. I’ve found over and over, sometimes that’s all we get when we’re following God. Often I want things mapped out and a clear itinerary. But as I’m discovering, that rarely happens. God has taught me so much this last year and I’m continually learning to trust Him in much deeper ways.
The underlying theme of everything I have been learning is surrender. We faced so many unknowns when we moved. Matt didn’t know a lot about what his job would require, we didn’t know where we would live, we didn’t know how long we would be living in a hotel. (Four weeks, in case you’re wondering) I’m slowing finding out when we surrender our plans to God, He has even better ones. But in order to see that, we have to surrender our plans. It sounds simple, but it can hard to actually do. As I look back over the past year, I see how God had everything mapped out and planned. We just had to follow. 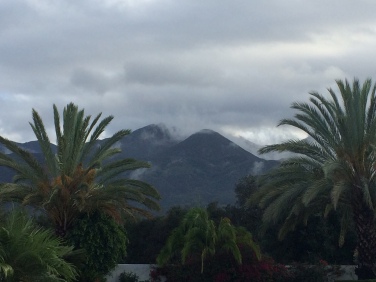 Sometimes we only got 1 piece of the map at a time, but there is no way we could have planned out everything as well as He did.  I can also see how previous roles and responsibilities were preparing me for new things God had for me.  One of the beautiful things with surrender is getting to experience God’s provision. I regularly get the opportunity to show my kids it’s okay to be sad about people and things we left behind. But not to dwell on that. And to be thankful for all the new blessings God has provided. I’m constantly amazed at how God cares for even the smallest detail in our lives.

In all of this, I’ve concluded surrender is a continual, sometimes daily process. 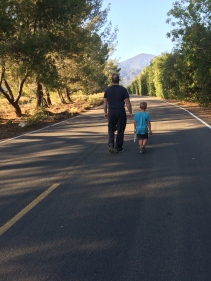 When I feel myself clenching tightly to things I want to want to happen, I remind myself to release them and hand it over to God.  The path unknown can seem daunting, especially when you don’t know what’s around the bend. But all God asks is for us to take the first step in faith. He’s in control of the rest.  Jeremiah 29:11 says, “I’ll show up and take care of you as I promised and bring you back home. I know what I’m doing. I have it all planned out-plans to take care of you, not abandon you, plans to give you the future you hope for.” And that is a promise you can hold firm to.